YALSA's Teen Book is a free online database (http://booklists.yalsa.net/) and app to help teens, parents, librarians and library staff, educators, and anyone who loves YA literature access nearly 4,000 titles recognized YALSA's awards and lists on their smartphone.

Have an android phone?
Download the Android (https://play.google.com/store/apps/details?id=org.ala.yalsa&hl=en) version now! 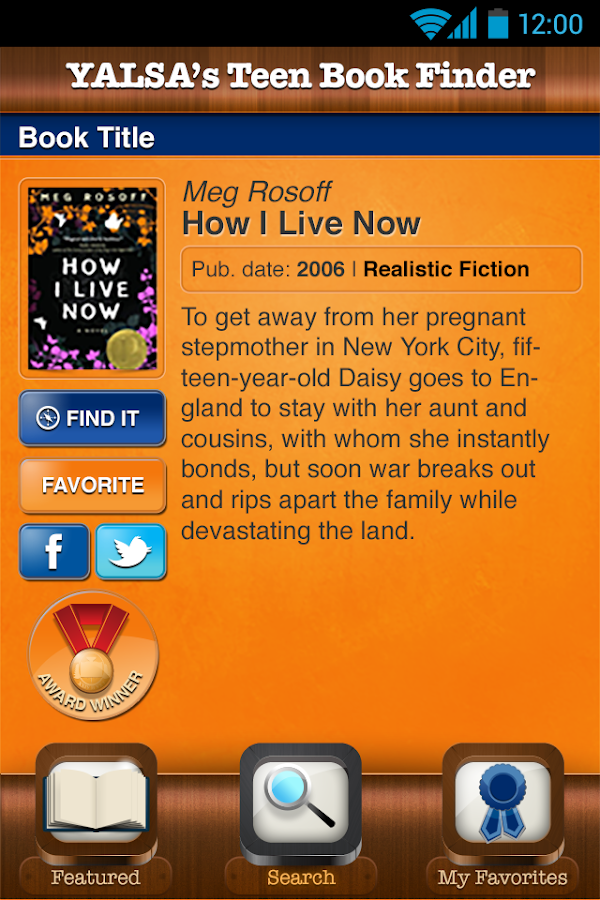 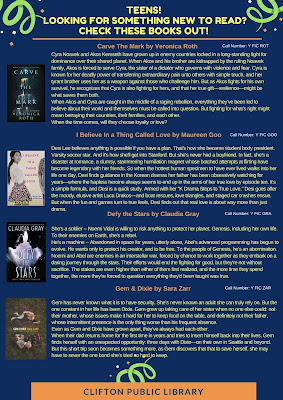 
Cyra Noavek and Akos Kereseth have grown up in enemy countries locked in a long-standing fight for dominance over their shared planet. When Akos and his brother are kidnapped by the ruling Noavek family, Akos is forced to serve Cyra, the sister of a dictator who governs with violence and fear. Cyra is known for her deadly power of transferring extraordinary pain unto others with simple touch, and her tyrant brother uses her as a weapon against those who challenge him. But as Akos fights for his own survival, he recognizes that Cyra is also fighting for hers, and that her true gift—resilience—might be what saves them both.
When Akos and Cyra are caught in the middle of a raging rebellion, everything they’ve been led to believe about their world and themselves must be called into question. But fighting for what’s right might mean betraying their countries, their families, and each other.
When the time comes, will they choose loyalty or love?

Desi Lee believes anything is possible if you have a plan. That's how she became student body president. Varsity soccer star. And it's how she'll get into Stanford. But she's never had a boyfriend. In fact, she's a disaster at romance, a clumsy, stammering humiliation magnet whose botched attempts at flirting have become legendary with her friends. So when the hottest human specimen to have ever lived walks into her life one day, Desi finds guidance in the Korean dramas her father has been obsessively watching for years―where the hapless heroine always seems to end up in the arms of her true love by episode ten. It's a simple formula, and Desi is a quick study. Armed with her "K Drama Steps to True Love," Desi goes after the moody, elusive artist Luca Drakos―and boat rescues, love triangles, and staged car crashes ensue. But when the fun and games turn to true feels, Desi finds out that real love is about way more than just drama.

She's a soldier -- Noemi Vidal is willing to risk anything to protect her planet, Genesis, including her own life. To their enemies on Earth, she's a rebel.

He's a machine -- Abandoned in space for years, utterly alone, Abel's advanced programming has begun to evolve. He wants only to protect his creator, and to be free. To the people of Genesis, he's an abomination.

Noemi and Abel are enemies in an interstellar war, forced by chance to work together as they embark on a daring journey through the stars. Their efforts would end the fighting for good, but they're not without sacrifice. The stakes are even higher than either of them first realized, and the more time they spend together, the more they're forced to question everything they'd been taught was true.

From renowned author and National Book Award finalist Sara Zarr comes a deep, nuanced, and gorgeously written story about the complex relationship between two sisters from a broken home.
Gem has never known what it is to have security. She’s never known an adult she can truly rely on. But the one constant in her life has been Dixie. Gem grew up taking care of her sister when no one else could: not their mother, whose issues make it hard for her to keep food on the table, and definitely not their father, whose intermittent presence is the only thing worse than his frequent absence.
Even as Gem and Dixie have grown apart, they’ve always had each other.
When their dad returns home for the first time in years and tries to insert himself back into their lives, Gem finds herself with an unexpected opportunity: three days with Dixie—on their own in Seattle and beyond.
But this short trip soon becomes something more, as Gem discovers that that to save herself, she may have to sever the one bond she’s tried so hard to keep.
Posted by YA Librarian at 9:57 AM 2 comments:

Congratulations to our Week 1 and 2 winners at the Main Library and Allwood Branch!
Week 1: Neha and Julie
Week 2: Krishna and Victoria
Posted by YA Librarian at 8:52 AM 2 comments:

Movies at our Allwood Branch!
Tuesday June 27, 1-3
Night at the Museum: Secret of the Tomb

Thursday June 29, 1-3
Disney's Alice Through the Looking Glass
Posted by YA Librarian at 9:37 AM 2 comments:

Hey Teens!
2017 Summer Reading Sign Up Has Begun!!!!!
Stop by the Main or Allwood Branch Library to register for your reading log and Teen Summer Programs. Early Bird Readers will have a chance to win a signed copy of a David Lubar title!
Posted by YA Librarian at 8:56 AM 1 comment: 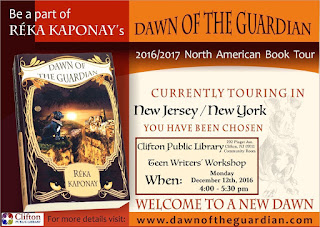 Dawn of The Guardian Teaser Trailer

Your comments are welcome, but please keep them free of profanity and any inappropriate topics.